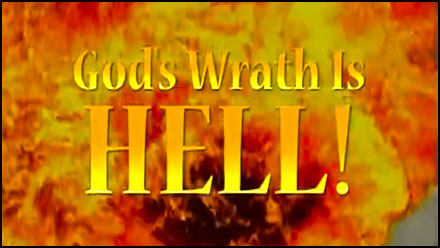 Revelation 21:8
But as for the cowardly, the faithless, the detestable, as for murderers, the sexually immoral, sorcerers, idolaters, and all liars, their portion will be in the lake that burns with fire and sulfur, which is the second death.”

Matthew 10:28
And do not fear those who kill the body but cannot kill the soul. Rather fear him who can destroy both soul and body in hell.

Revelation 20:10
And the devil who had deceived them was thrown into the lake of fire and sulfur where the beast and the false prophet were, and they will be tormented day and night forever and ever.

Romans 6:23
For the wages of sin is death, but the free gift of God is eternal life in Christ Jesus our Lord.

Revelation 20:15
And if anyone’s name was not found written in the book of life, he was thrown into the lake of fire.

Matthew 25:41
“Then he will say to those on his left, ‘Depart from me, you cursed, into the eternal fire prepared for the devil and his angels.

Revelation 14:11
And the smoke of their torment goes up forever and ever, and they have no rest, day or night, these worshipers of the beast and its image, and whoever receives the mark of its name.”

It doesn’t matter who you are or what you have done – God loves you.
Click Here to Chat About Jesus

How do I get right with God?